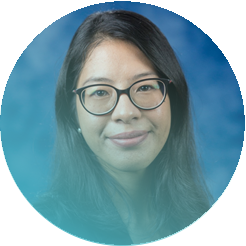 Sandrine qualified as an Attorney-at-Law in February 2018. She is a member of the Mauritius Law Society.

Sandrine has experience in cases before the Supreme Court of Mauritius, the Master’s Court and the subordinate courts (Intermediate Court, the Industrial Court and the District Court), as well as Tribunals, such as the Environment and Land Use Appeal Tribunal.

Sandrine has worked and dealt with cases involving, inter alia, civil and commercial matters, as well as applications for judicial review. She has also assisted in the preparation of arbitration cases and cases before the appeal jurisdictions of the Supreme Courtof of Mauritius.