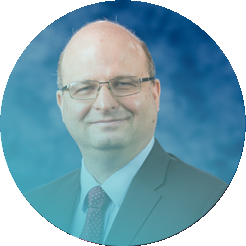 Jean Jacques became a fully-fledged Attorney in 1993 and his practice areas are tort, insurance, contract, insolvency, corporate, trademark, civil law as well as the law of successions. His areas of expertise are commercial, insurance law and maritime law.

He has, throughout his career, advised leading insurance companies in Mauritius on both litigation and non-litigation matters. He has also defended, negotiated and settled major claims for the national airline company as well as claims against ship owners and charterers.

Having a keen interest and proficiency of the Code Napoléon (Civil Code) from which our contract law is derived, Jean Jacques has, from the year 1995 to 2013, been teaching various aspects of civil law to prospective Attorneys to sit for the vocational examinations held annually by the Council for Vocational and Legal Education.

Jean Jacques comes from a family of well-known Attorneys who were always in the forefront in the legal profession in Mauritius. He obtained, in 1989, his ‘licence en droit’ from the Université Aix-Marseilles III (mention bien) where he also pursued his ‘maitrise en droit’ (mention bien). He was admitted to practice as Attorney in Mauritius in 1993. He is also a member of the Law Society of Mauritius.