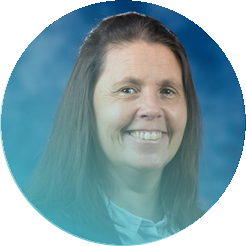 Josephine is the head of Etude Guy Rivalland and presently manages the firm having more than 20 employees including Junior Attorneys, Counsels and Paralegals.

She comes from a family of well-known lawyers; her late father Me. Guy Rivalland, who is the founder of the firm, was one of the first Attorneys to be awarded the status of Senior Attorney in Mauritius and her late grandfather, Me. Michel Rivalland, had occupied the post of Chief Justice in Mauritius until year 1970.

She has specialised over the past few years mostly in providing legal advice and litigation and her areas of practice include corporate, commercial, defamation, and insurance law.  She has handled a number of high-profile cases in relation thereto, namely:

She has also advised on shareholders’ agreements and contracts on a regular basis.

She regularly appears instructing in cases before the courts of Mauritius, as well as the Judicial Committee of the Privy Council.

She attended Loretto Convent of Curepipe in Mauritius until her GCE ‘O’ level, and thereafter completed her ‘A’ levels at Queens Anne School, Caversham, England.

In 1993, she was awarded Bachelor of laws with Honours (Second Class, First Division) by the University of Leeds, ranking first in Company law and in 1994 obtained a postgraduate diploma in legal practice from the College of Law, London. She successfully sat for the Vocational Exams held for prospective Attorneys by the Council for Vocational and Legal Education in 1994. Four years later, in 1998, she was admitted to practice as Attorney in Mauritius. She is also a member of the Law Society of Mauritius.