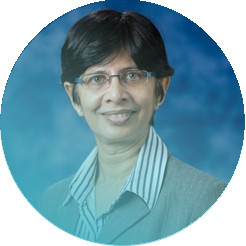 She has been elevated to the rank of Senior Attorney on 09 September 2016 In July/August 1995 she was chosen by the Embassy of the United States of America to attend a program entitled “Privatization” in the USA was sworn in as an Attorney in March 1987 and since then she has been practicing on her own. She has a mix of clients ranging from individuals, companies (private or state owned), insurance, banks, leasing companies, para statal bodies etc

She is an examiner for the examinations conducted by The Council of Vocational Legal Education for prospective attorneys, barristers and notaries