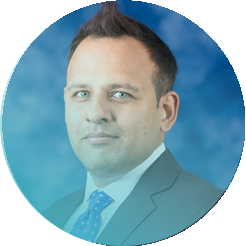 Zubayr joined Etude Guy Rivalland in 2012 after having completed his articleship under the guidance and supervision of late Me. Guy Rivalland, Senior Attorney and founder of the firm.

Zubayr has gained experience in various areas of practice and has appeared as Attorney before various courts in Mauritius. He specialises in litigation cases involving commercial, insolvency law (including recovery and bankruptcy), civil law and procedure.

He also assists in drafting of legal advice on various aspects of Mauritian law, opinion writing, and drafting/vetting of contracts.

He holds a Bachelor of Laws with Honours from the University of Mauritius and was sworn in as Attorney in January 2012 after having been the only candidate to be successful at the Vocational Examinations held for prospective Attorneys by the Council for Vocational and Legal Education in 2010. Zubayr is also a member of the Law Society of Mauritius.