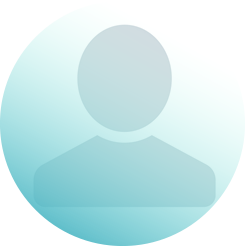 Desire Basset read law at Balliol College, Oxford. He was called to the Bar of England and Wales by the Honourable Society of Lincoln’s Inn in 1975. He was sworn in before the Supreme Court of Mauritius and admitted to the Mauritius Bar in the same year. He joined the Attorney General’s Office in 1976 and in 1981 moved to the judicial service where he served as Magistrate, Senior Magistrate and as Presiding Magistrate of the Industrial and Intermediate Courts. In 1986, he moved to the banking sector. After training in banking with the BNP Group in France, he worked as branch manager with BNP’I’ in Mauritius. With the emergence of the Stock Exchange in 1988, he moved from banking to corporate business and he took up a managerial position with KPMG looking after M & A’s and corporate issues. He returned to the Bar in 1990. In 1994, he was appointed Senior Counsel.

His areas of practice include company law, industrial law and civil litigation. He appears regularly before the Supreme Court, Court of Appeal as well as the Judicial Committee of the Privy Council.

Apart from practice at the Bar, he offers legal consultancy services including drafting and vetting of contracts and advising on legal aspects of transactions to various companies. Clients include the Mauritius Tourism Promotion Authority, Air Mauritius, Mauritius Telecom, Summertimes, KPMG and the Financial Services Commission.

He is a member of the Electoral Supervisory Commission and Electoral Boundaries Commission since 1992. He conducted several public enquiries ranging from the Prisons system to the security aspects in the conduct of examinations held by the Mauritius Examination Syndicate.

He is a member of the panel of Arbitrators of the Mauritius Chambers of Commerce and Industry.