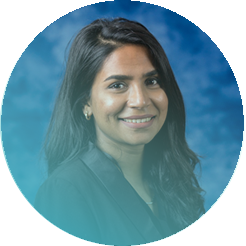 Nishtah Chummun is an Attorney-at-Law in the Dentons’ Mauritius office. She joined the firm in December 2014 as a legal intern and joined the firm as an attorney in February 2016.

Nishtah has been involved in several areas of law including company, banking and finance, corporate, restructuring and insolvency, employment, financial and dispute resolution. Nishtah handles several files involving foreign parties, international banks and domestic banks and has gained wide international exposure in the service of foreign proceedings. She further handles several litigations involving Protected Cell Companies, holders of Global Business Licenses and Management Companies and also deals with the complaints of these clients made to and/or by the Financial Services Commission.

Nishtah is involved in drafting of pleadings filed in court, contracts and legal opinions on laws of Mauritius. She attends several Courts, including family Court and Commercial Court, on a regular basis which has enabled her to grasp the practical aspects of court proceedings.

Nishtah handles mostly the litigations arising out of the Companies Act, Protected Cell Companies Act, the Trust Act, the Insolvency Act and the rules of the Financial Services Commission.