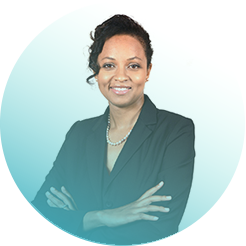 Béatrice Prêle-Frundi undertook her studies in law at the University of Paris X, Nanterre, France where she obtained a “Diplômes d’Etudes Approfondies en Droit International Public, Privé et Européen”. She has spent two years in Beijing China, where she taught English and Spanish and studied Mandarin at the Beijing Mandarin School.

Béatrice completed a Graduate Diploma in Law and the Bar Vocational Course at the BPP Law School in London. She was called to the Bar of England and Wales at Lincoln’s Inn in July 2010. She was admitted to the Bar of Mauritius in September 2011.

In London, Béatrice worked as a volunteer at the Personal Support Unit (PSU) of the Royal Courts of Justice for one year and undertook mini-pupillages at No. 5 Chambers, 5 Pump Court and Guilford Chambers. She was also a Legal intern at the International Transport Workers’ Federation (ITF).

Béatrice is also a responsible for project management at Enabling Environments Ltd, a consultancy firm based in Mauritius, with branches in Beijing China and the UK. She sits on the Board of Directors at Le Bocage International School. She speaks French, English, Spanish, Creole and Chinese mandarin and has worked as a part-time translator before becoming a practicing barrister.